Holochain has planned to publish few official hApps in order to offer people a easy way to manage their privacy and their data on the ecosystem.

All the Holochain Apps

Since the beginning the community showed a large interests on building decentralized applications. Here you will find all the projects planned to be released using Holochain framework.

The World Bank has defined supply chain inefficiencies as the #1 world problem to solve in order to stimulate economic growth. Morpheus.Network is here to solve this issue by providing a full-service, global, automated, supply chain platform with an integrated cryptocurrency payment system utilizing blockchain technology. Learn more about Morpheus.Network.

Humm is a peer-to-peer publishing platform that re-imagine how we publish and reward good content. Think of it as fully distributed WordPress made for the writers and content creators of the future. Learn more about Humm.

Sacred Capital is building a reputation interchange aimed to serves as the economic backbone for the distributed world. Don't hesitate to go to their website to read more and watch the video: Sacred Capital.

Junto is a new breed of social media founded in the spirit of authenticity. Their goal is to move beyond the restrictive norms of current platforms and cultivate an atmosphere that free enables expression. Learn more about Junto.

Fairbnb can be summarized as a new decentralized Airbnb aimed to solve all the issues raised by the centralized version. Fairbnb is building this one in order to be smarter and fairer for the whole community. Learn more about Fairbnb.

Bridgit want to rethink the way we are making link on the internet. They call it a bridge and their intent is to add a verification layer in order to know the quality of each link. Discover now Bridgit.

Wirdpbc is a set of 4 different projects aimed to make the social interaction across the internet more intelligent.

Producers Token is building a platform for tokenizing and exchanging agricultural and natural resources. Producers Token works with real producers in order to evaluate tokenization opportunities. The project is currently focused on three categories of token assets: a service or a resource which is already existing, a farm under construction, an installation or an expansion that is not currently in operation. But also the tokenization of a natural resource asset for regeneration and conservation. Learn more about the project Producers Token.

Just One Organics is a project who focuses on food including with revolutionary organic fruit-based products and dried flake-like vegetables. The team is studying different ways to use Holochain for their projects. Learn more about Just One Organics.

You can find the current map of decentralized applications ideas to develop on the official map of holohackers. 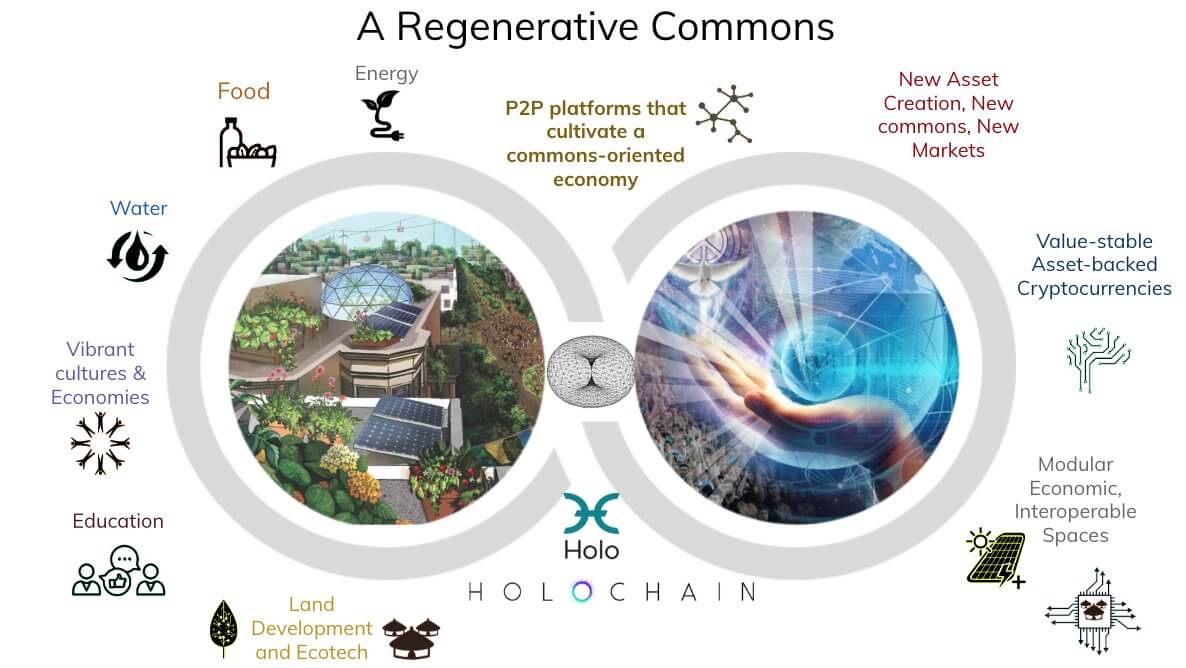